In words of Usher or Madonna, this is my confession. If you remember exactly one week ago, I got on board with FitSugar’s “Give It Up For the Get Fit For 2010 Challenge.” You want a weekly check-in?! I got your weekly check-in. I made it all the way to day TWO. Let me explain:

Augustus Gloop: I feel very sorry for Wonka. It's gonna cost him a fortune in fudge.

I should have known anything with the word “sugar” in the title of the challenge would be brutal. It’s a long story on why I cracked and I felt I should be honest with everyone. Part of me isn’t disappointed in giving in, because I still believe somewhere in moderation. But to give this the proper college try, I recommitted myself to the challenge yesterday. Andrew has successfully hidden my candy corn. Desperate times call for desperate measures. Can’t give an alcoholic one tiny sip, ya know?

And for everyone, including my own hubs, who thinks candy corn is the worst sugary concoction: “The worst thing about Halloween is, of course, candy corn. It’s unbelievable to me. Candy corn is the only candy in the history of America that’s never been advertised. And there’s a reason. All of the candy corn that was ever made was made in 1911.” – Lewis Black (view the full bit here, hilarious)

Speaking of keeping score, what a bizarre-o weekend in sports. I thought the college football games on Saturday gave me rapid heartbeat, turns out the Michigan State head coach literally had heart palpitations. After making one of the ballsiest calls during Saturday’s overtime last second shocker over Notre Dame, poor coach suffered a heart attack. “Football head coach Mark Dantonio will not be on the sidelines for Saturday’s game against Northern Colorado after suffering a heart attack shortly after the Spartans’ overtime victory over Notre Dame early Sunday morning.” – via The State News

Maybe it was the moon, but down in Miami Chicago Cubs player Tyler Colvin was hospitalized after being hit by splintered bat. Chances of that?! Clip is below and I promise it’s not gruesome, damn painful though.

19 responses to “Keeping Score – Confessions of a Sugarholic” 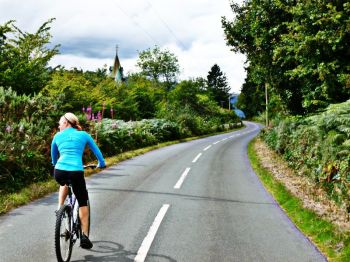 Hi y’all! I’m Nichole and I cover all aspects of running, health and fitness, including training, gear, nutrition and other fun topics to keep you motivated and moving. I believe working out and staying fit should be a lifestyle and not “work.” I’ll try my best to bring out the fitness guru in all of us! 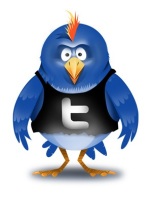 Sites To Keep You In Check

Live For The Run